Formed in 1804, Seneca is a geographically small county located southeast of Rochester, between Cayuga and Seneca Lakes. Seneca is well known as the home to the 1848 Seneca Falls Women’s Rights Convention, a pivotal first step in the modern Women’s Rights Movement.

See below to access the latest Seneca County Report Card, or a summary table of "Hard Facts" impacting this particular part of our region.

Now available, view and print a summary of how Seneca County is performing on ACT Rochester indicators.

The Seneca County Report Card aggregates data from more than 100 community indicators on the site and use symbols, colors and arrows to provide a quick, at-a-glance overview of the well-being of the county. This data covers each of ACT Rochester's nine topic groups. Click on the picture below for the full report. 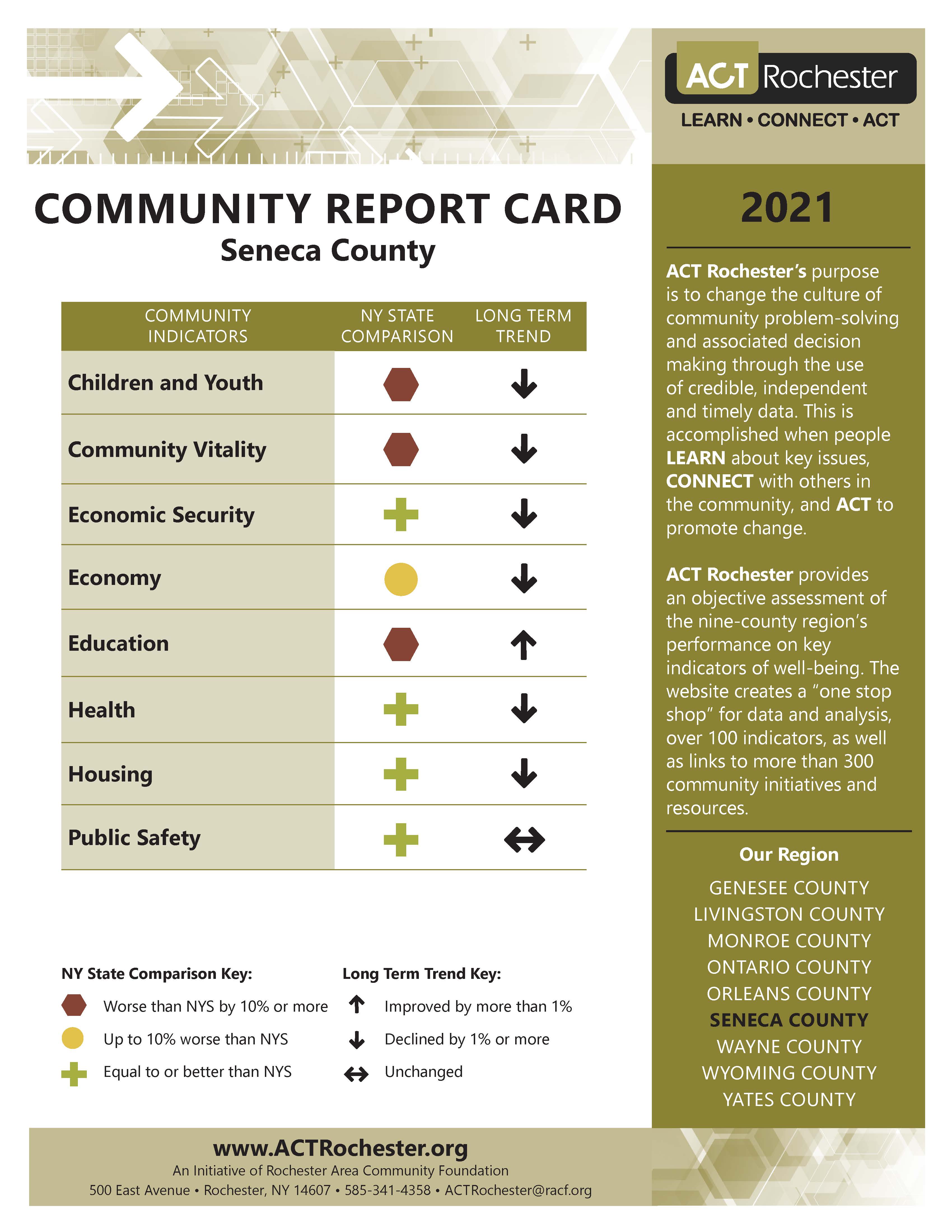 In 2017, ACT Rochester released its latest race report, “Hard Facts: Race and Ethnicity in the Nine-County Greater Rochester Area” to examine the substantial gaps in educational and economic outcomes among persons of different racial and ethnic backgrounds. The table below highlights some of the disparities currently impacting residents in Seneca County.